Every year Omni Orlando spotlights a humble, all-natural ingredient and celebrates it in amazing ways. This year, after a week-long culinary immersion in Vermont and Montreal maple syrup-producing areas, Chef Robert Ash and his culinary team made Vermont maple syrup the star of the show.

The maple leaf-shaped Share Me Charcuterie Board was dotted with pâté, house made pickles, and fresh lavash bread. Mr. Forkful especially enjoyed the sharp blue cheese, which cut through the rest of the offerings. The pickled beets were definitely a favorite—maple syrup toned down the usual earthiness I expected from the roasted beets and actually played up the natural beet flavor. Guests who book a maple package can expect this charcuterie board in their room alongside maple candy and maple popcorn. 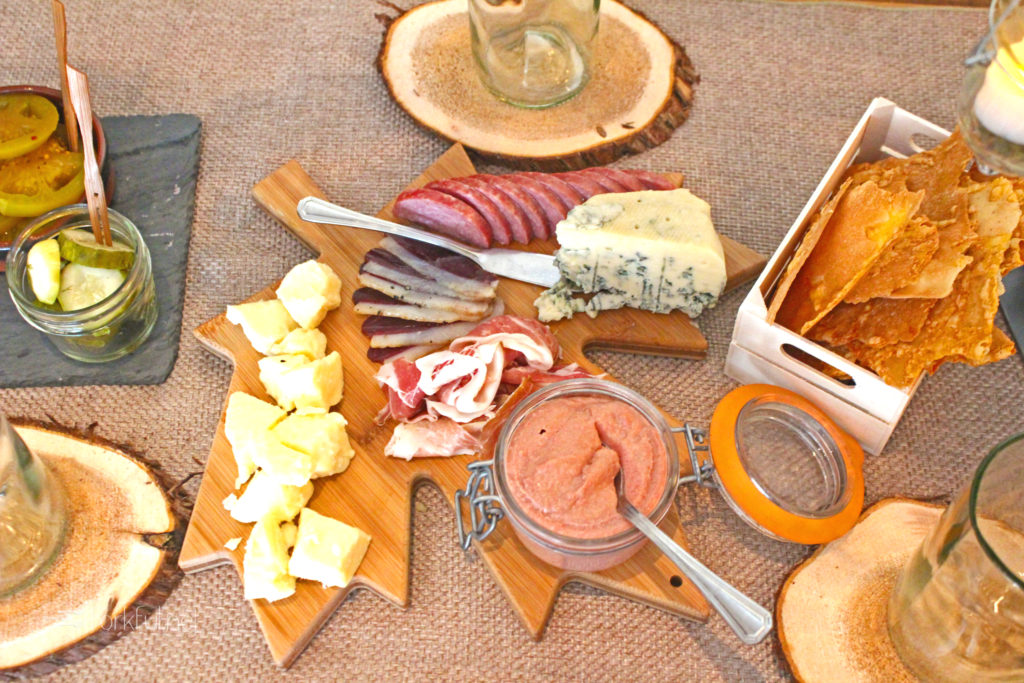 The Chipotle Maple Chicken Tacos were so intense and rich I almost through they were pork tacos instead. Chicken tacos have no right to be this good. Plus, the house-made salsa and radish, cotija, and pineapple toppings had Mr. Forkful and I wanting about 5 more tacos each. 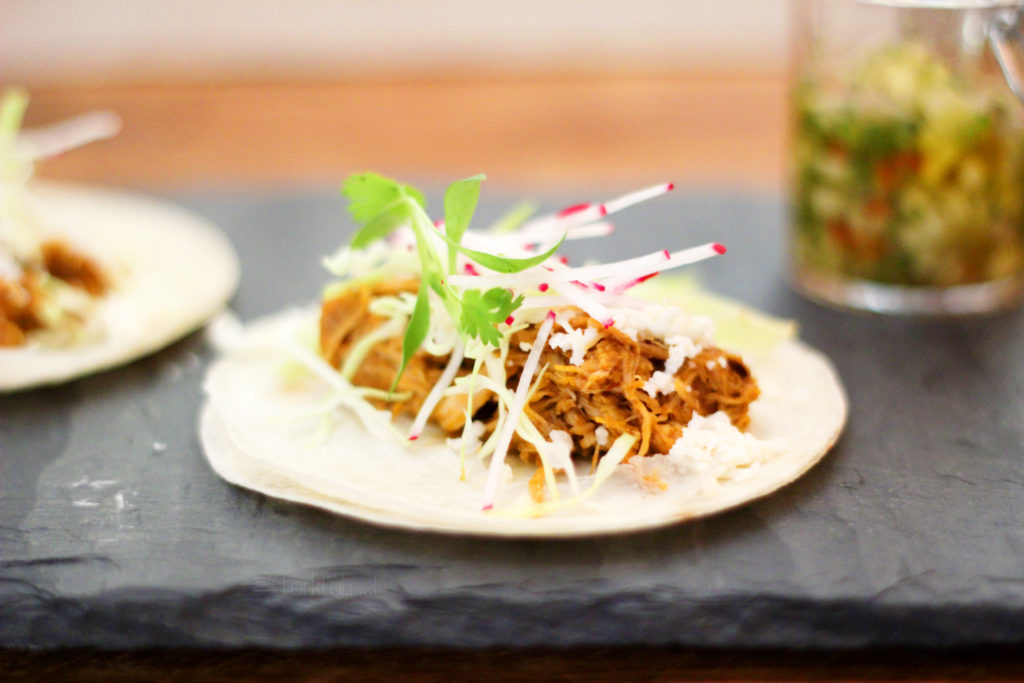 Another favorite was the Beef Tartare with barely, maple, and tangy sorrel. The quail egg was the crowning glory—it was poached in maple sugar water and didn’t weight down the tartare like I expected.

The salty-sweet Crisp Maple Cured Lamb Belly was almost like a candied lamb jerky accented with the bitey crispness of fresh carrots and slight mint-anise flavor of hyssop. The lamb wasn’t my favorite of the night but I couldn’t stop eating it. 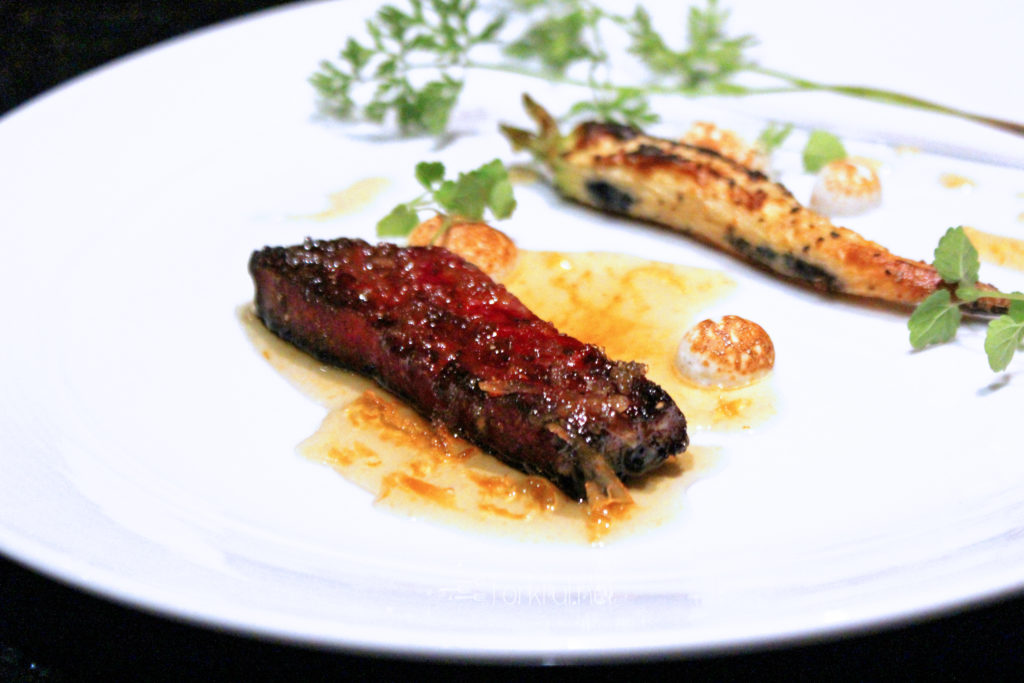 The Charred Root Vegetables course was thoughtful course—a show of sustainability in nuance. The veggies had a slight char and snapped at first bite. After all the rich courses, the charred root vegetables were a nice reprieve.

A Maple Water Poached Arctic Char followed with a mild sweetness, although my favorite way to have Arctic Char is still sashimi-style. The strongest flavor on the plate was garlic confit, which as a Puerto Rican I was right at home. The garlic confit could have been portioned out in slivers so I could get a little garlicky goodness with every other bite. The Florida green sea beans were also another thoughtful nod to sustainable Florida food. 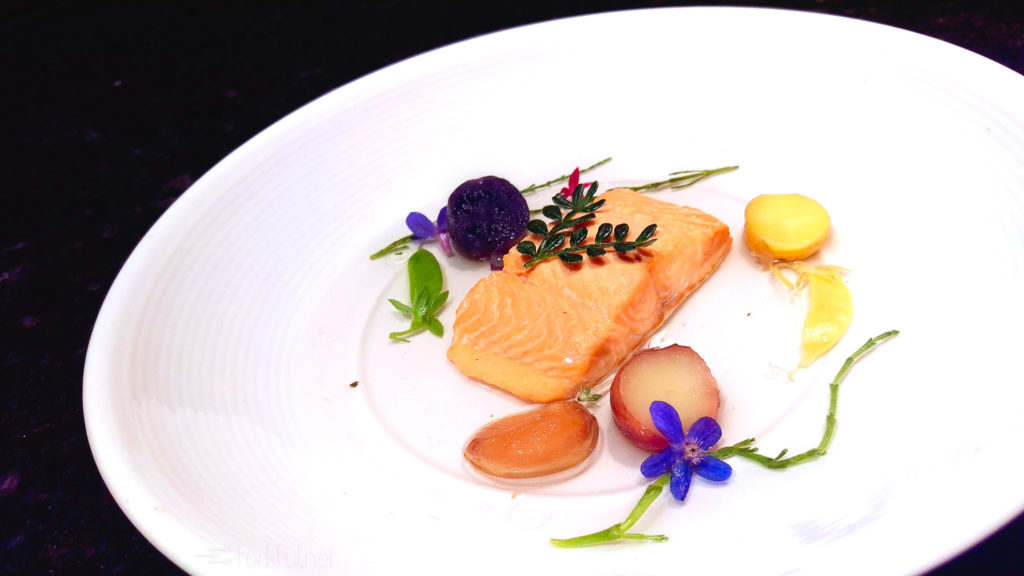 Then, Maple Endings arrived as a 4-part dessert course with a frozen maple-bourbon milkshake topped with a (Chef Robert Ash’s secret family recipe!) chocolate chip cookie and satisfyingly airy zeppoles with a (maple?) glaze and berry compote. Mr. Forkful took up the cause and helped me finish this amazing 4-part dessert tour of maple goodness.

Remember that Maple Smash? Pair it with Maple Endings and that alone is enough reason to head to Omni Orlando Resort and Championsgate this summer for a little dash of maple magic through September 5, 2016.

Website: The Magic of Maple at Omni Orlando Resort at ChampionsGate

Disclosure: The food and beverages mentioned in this post were provided by Omni Orlando Resort at ChampionsGate, although the views and opinions expressed in this post are purely my own. This post was not reviewed by anyone else in any way.