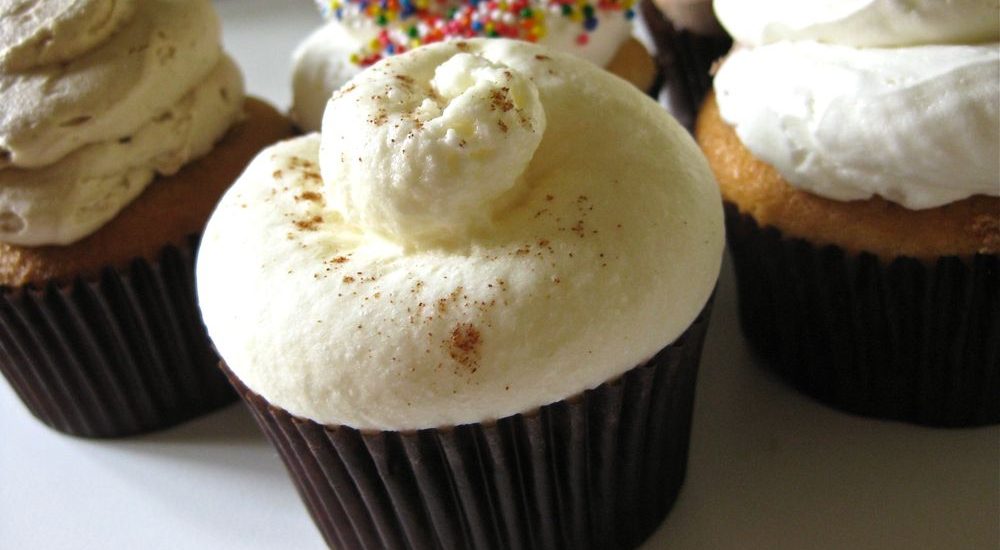 One of the biggest charms of New York City for me are the number of cafés, bakeries, and delis within walking distance or a short subway ride away. Yet, somehow I managed to miss out on fresh-made New York bagels and cupcakes during my last visit to Gotham because I filled up on crepes, Chinese, and Italian. Lucky for me, that’s what’s at the heart of Delish New York Bakery — fresh, New York style baked goods.

The first thing that drew me to Delish was that they make their bagels fresh every morning and offer house-made cream cheese spreads. Scott, of Delish New York Bakery, explained that the bagels are made in traditional New York fashion where the dough is boiled, and then the dough is baked in a standard oven for a puffier, moister bagel. I had an onion bagel, which was covered with yummy onions, properly plush on the inside, and evenly toasted on all sides. The veggie cream cheese had bits of what seemed like sliced celery, red onions, and tomatoes, which melded nicely with the onions from the bagel. 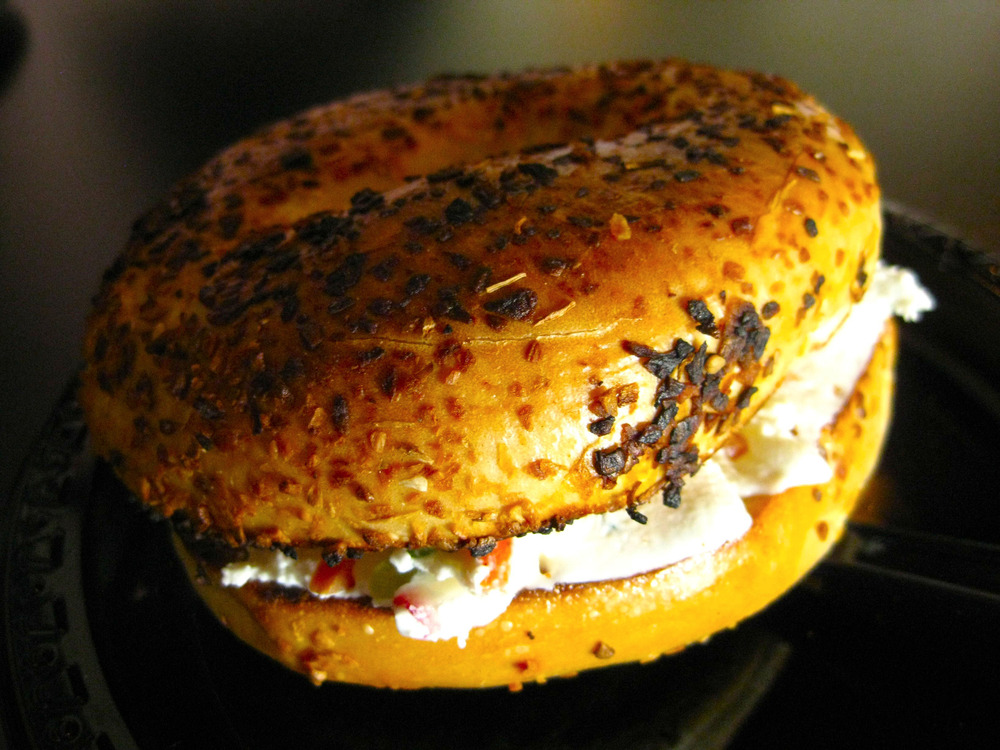 My friend and baking enthusiast, Danielle, enjoyed a toasty plain bagel that was puffier on the inside than my onion bagel. Danielle chose the cinnamon cream cheese spread, which we both thought had just enough sweetness to compliment the bagel and not overpower it. The cupcakes and cupcake icings complimented each other in a similar way.

The cupcake that stood out the most from the ones I sampled was the Raspberry Filled White Cake with Raspberry Jam and Raspberry Buttercream Icing. The white cake had the right amount of moistness, and the raspberry jam was more like jelly with an even, fruity flavor. 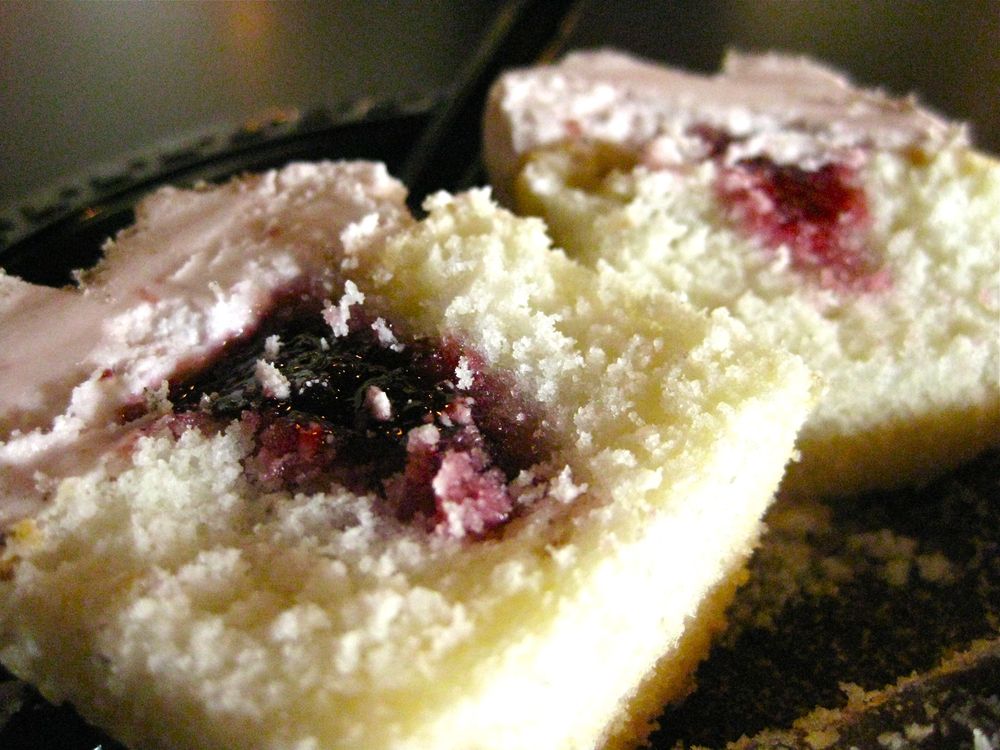 My second favorite was the New Yorker in Paradise. Somehow, even though I’m not a coconut fan, this amazing little mix of light fruit flavors of coconut, banana, and pineapple wins Heavenly status. The first flavor on the front end was a light dash of banana through the icing, and then after a couple of chews the coconut started to shine through. The lightest of the flavors was the pineapple, but I’m glad for the subtility because stronger flavors would have been too rich. 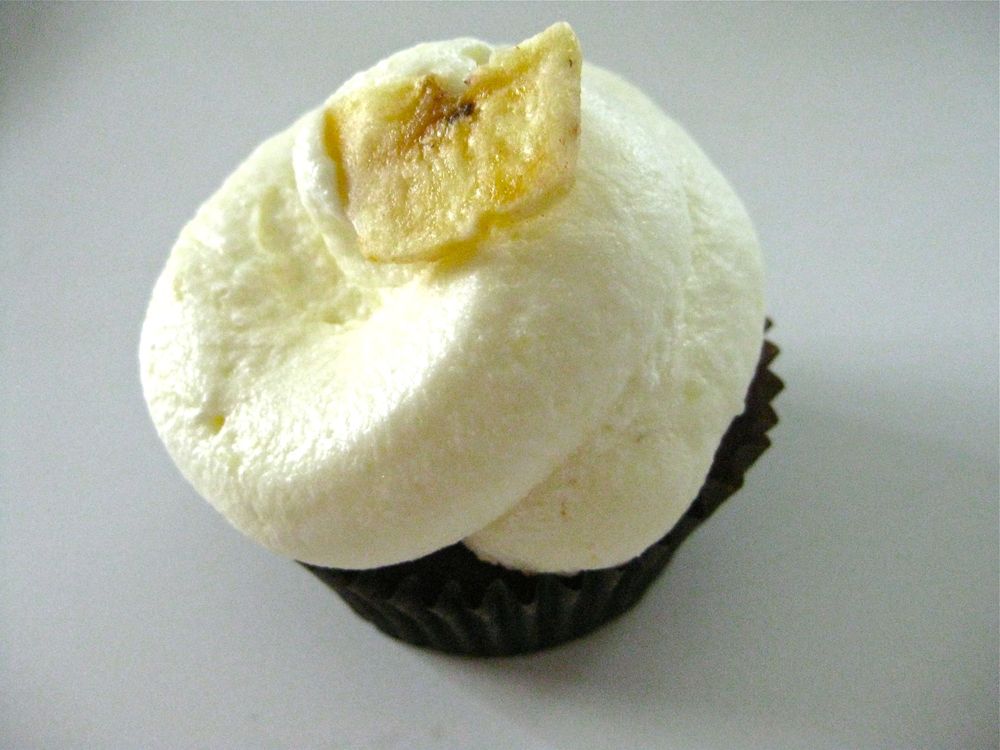 Other cupcakes in my bunch, like the Marble and the Chocolate, were solid in both flavor and texture, but they didn’t stand out from the pack other than the flavorful, fluffy icing. Danielle enjoyed the Red Velvet and confidently declared it one of the best red velvet cupcakes she has ever had. She also liked the S’Mores cupcake, but felt that it needed more marshmallow goodness. Adam was helped me out of a tight, cupcake-lined spot by trying the Lemon and the Chocolate Peanut Butter cupcakes. He liked both cupcakes equally, but noticed more flavor in the icings than the cakes. Keep in mind that since I took the box of cupcakes home, and had them in the fridge overnight, the cake flavors may have been affected by the time Adam and I had a chance to try them all. 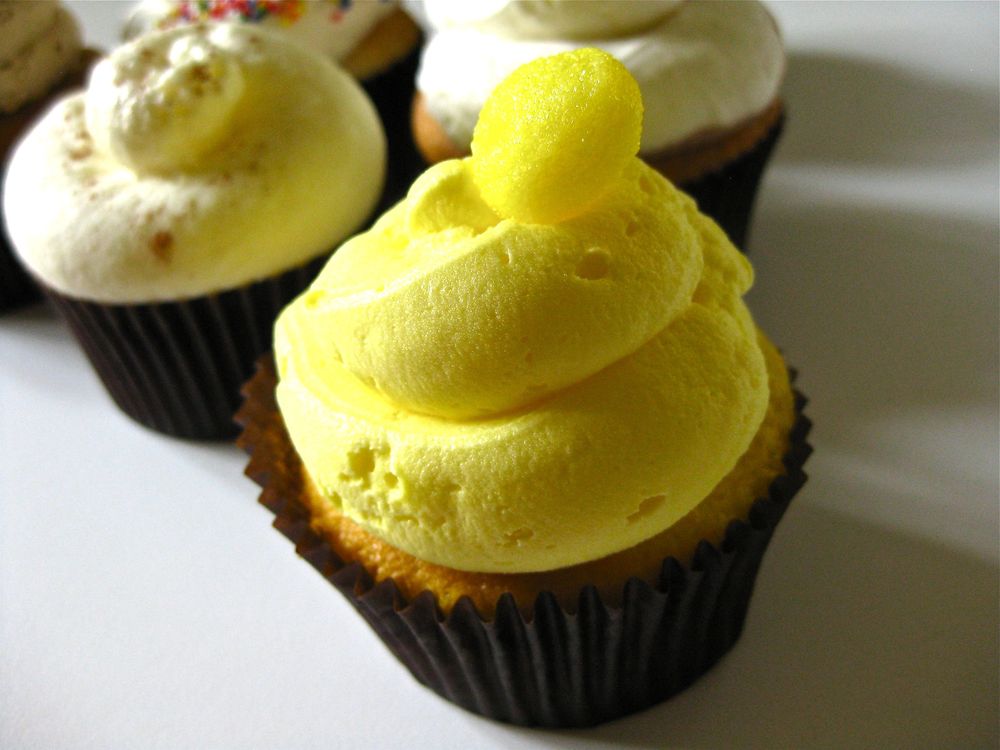 The Cookies and Cream cupcake was good, but I loved the icing more so than the cake in terms of sheer cookie flavor, and I am not a frosting fan. Cupcakes buried under a gross amount of icing are unappetizing to me no matter how well-made the icing. There should be icing with each bite of cupcake, but I wipe any excess unceremoniously onto my plate. Thankfully, Delish’s cupcakes don’t suffer from frosting overload. Instead, the icing is so flavorful — especially the Buttermilk Spice’s Sweet Cream Cheese Icing — that after many customer requests Delish now offers Icing Shots. I could see myself just ordering shots of the Lemon cupcake’s lemon buttercream icing, cookies and cream icing, and the New Yorker in Paradise’s sweet cream cheese icing in a heartbeat. 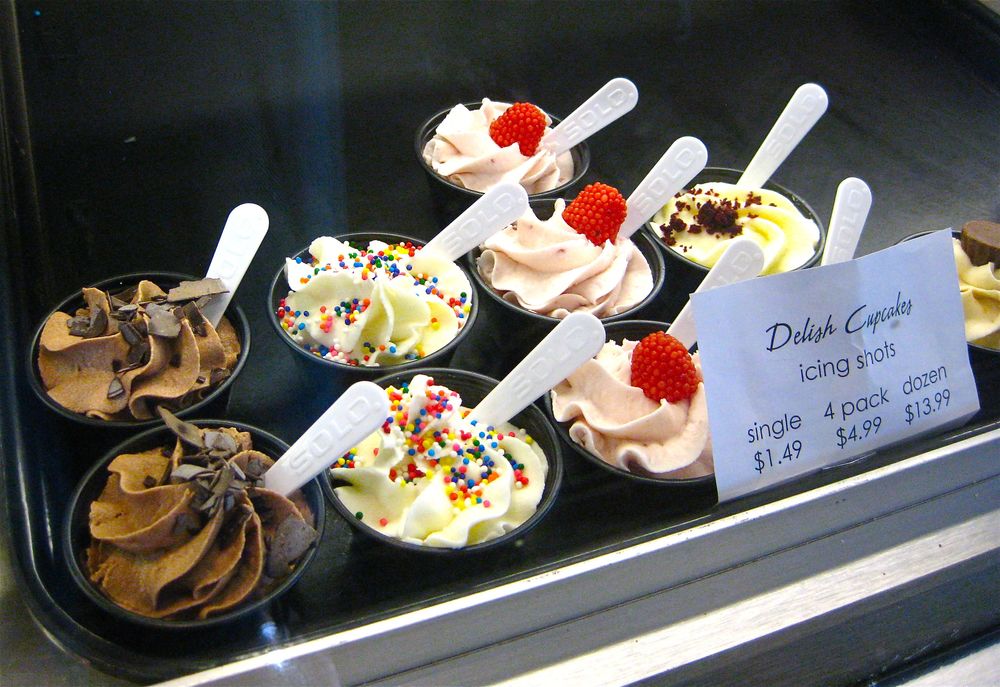 Delish New York Bakery offers solid, quality cupcakes, but the icings are the bigger stars. Since I’m a savory fangirl, the bagels and home-made spreads made me an instant fan hook, line, and carbolicious sinker. While Delish didn’t quite bring that authentic feeling a New York deli when I first walked in, the friendly service and fresh-baked goods will lure me back for bagels, cream cheese, Icing Shots, and other treats.

Happy new week! Nothing like a little cozy gaming

Thank you so much @allieburton.hairart for many ho

Our first corn maze! Came for the corn, stayed for

Sing me a song of Halloween hijinx! @adamfortuna a

Lovely everything. What an incredible wedding @el