Steak and Salad Turkish Cuisine was open, welcoming, and wonderful venue for July’s Foodspotting Eat-Up. The dining room was cozy and filled with a flood of natural light from the many wooden-framed windows. Several tables lined with Danish-style, round-backed chairs were setup down the middle of the restaurant for nine hungry Foodspotters, among them our host, Julius (Droolius), Odessa, Pearleen and Al (MegaYummo), Brian (The Buzz by Brian), and Adam. This was the first time Adam and I had Turkish food and we definitely enjoyed ourselves. The service was exceptional and kind. Both the owner and our server were eager to hear first impressions and suggestions, but we were too busy relishing the delicious food to answer right away. 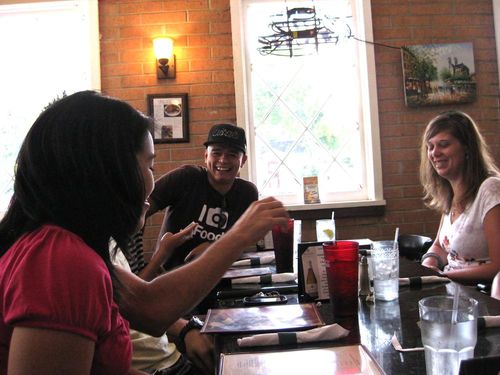 After brunching at Steak and Salad, my first thought is that Turkish food is light but may seem hearty. Then, I realize that Adam and I were able to relish three appetizers, one mix-and-match entrée, and one dessert together and still be pleasantly full. I’m a huge fan of the interestingly spiced Coban Salatasi (Shepard Salad) and the Piyaz (Blacked-Eyed Bean Salad). The Shepard Salad was served in a light vinaigrette like the bean salad, but was more refreshing on the palate with juicy chopped cucumbers, fresh parsley, and sweet red onions.

The bean salad was tossed in a spice that added an interesting depth of flavor. Our third appetizer was the Mediterranean staple, stuffed grape leaves, were were referred to as Yaprak Sarmasi on the menu. The Yaprak Sarmasi were served chilled and topped with a fresh slice of lemon, which Adam and I squeezed over every other bite. 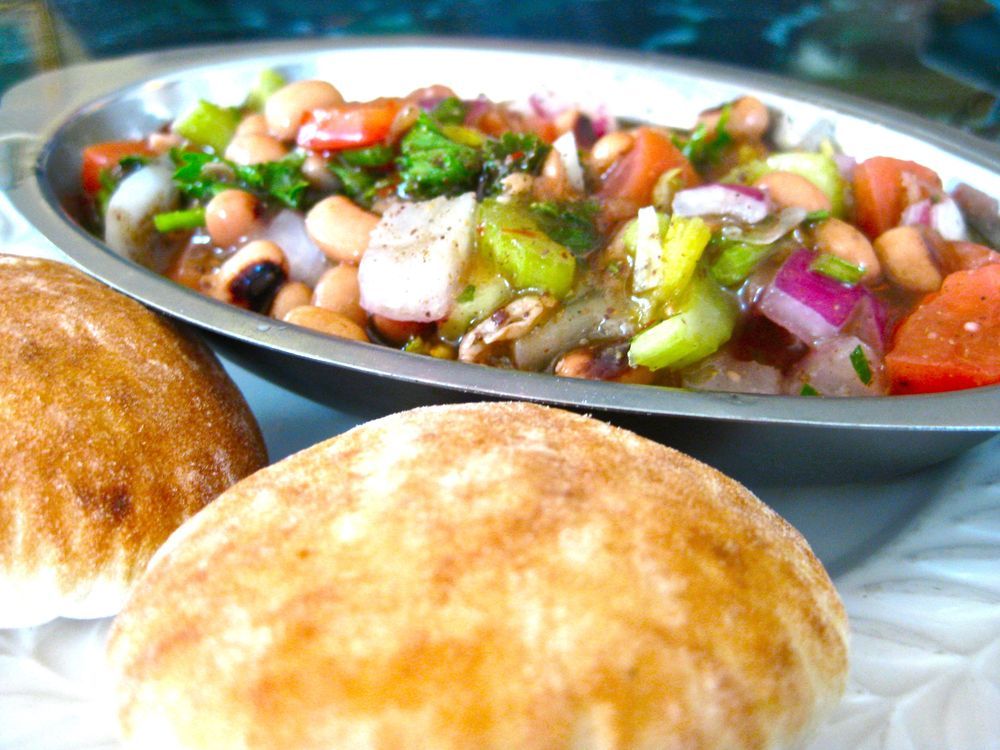 Of the other side dishes ordered at the table — Sigara Boregi (Borek), Enginar Dolmasi (Stuffed Artichoke), and Ispanak Ezme (Spinach Dip Salad) — the Borek and Spinach Dip Salad stood out the most. The Borek looked similar to Mexican flautas, but they had flakier layers surrounding a feta cheese and parsley filling. The dip was thick, creamy, and had a nice tang from the yogurt with a little unidentifiable spice.

Our main plate was a mix-and-match of Kofte (Grilled Meatballs) and beef Sis Kebab (Shish Kebab). The grilled meatballs were finely minced meat that held together well with a dash of spices and salt. Adam and I ate a few of the meatballs with a little vinaigrette from the bean and tomato-cucumber salads, which added a little more moisture. The beef skewers were juicy, seared goodness alongside grilled onion wedges and tomatoes. The beef skewers were served on top of a large pita, so a lot of savory flavor from the skewers soaked into the pita. The mixed plate was served with fluffy bulgur pilav and onions tossed with parsley and vinaigrette.

A lovely dessert platter was brought to the table for everyone to pick their final dish. I was enamored by the cheesecake, but two traditional Turkish desserts were also represented; kadayıf and baklava. MegaYummo shared her kadayif, which had a toasty shredded wheat top. The dessert square was drenched in honey and sugar syrup, which was somewhat balanced out by the pistachio paste in the middle. If anything, the kadayif is a nice palate cleanser after a savory meal instead of a traditional, large American-style dessert. The kadayif would pair nicely with the strong Turkish coffee, so next time I’ll remember to order a coffee after my meal too instead of just at the beginning. I’m excited to re-visit Steak and Salad, especially when they unveil their newest renovations, which will include an outdoor seating area and a larger dining room.

Our little floofy ray of sunshine fresh from a gro

The Utah Capitol's lighting ceremony in support of